Sandra Bullock has been in relationships with some of the most prominent names in Hollywood. However, her current and one of the longest-running relationships is with a low-key photographer from portland, Bryan Randall. If you are also keen to find out who is the guy who stole the heart of the Speed actress, don’t worry. We’ve got you covered.

Sandra bullock might have had many short-term relationships in her past. However, her romance with Bryan Randall has been going strong for several years now. Bryan Randall is a Portland-based photographer. The news of him dating Hollywood star Sandra Bullock was first reported by Us Weekly in 2015 when they were spotted together during the backyard nuptials of Jennifer Anniston and Justin Theroux.

As per the reports, the couple met each other when Bryan was hired by Sandra to photograph her son Louis’ fifth birthday in January 2015. After a while, some reports claimed that Bryan had moved in with Sandra.

Despite their blossoming love, Sandra and Bryan like to keep their personal life lowkey and away from the limelight. There were speculations going around that the actress and the photographer had tied the knot in secrecy. However, these rumors were shot down by Sandra in November 2020, when she clarified they were not married. Sandra also expressed that she doesn’t feel the need to rush into a marriage with Bryan, as a marriage is not the only way to show commitment in a relationship.

One of Sandra Bullock close friends, while talking about the relationship between the two, revealed to a media outlet, “She loves Bryan and their life together. And she has a tight-knit circle around her who are extremely protective of her have all embraced him. She’s perfectly content with the relationship as it is.”

Bryan Is A Former Model! 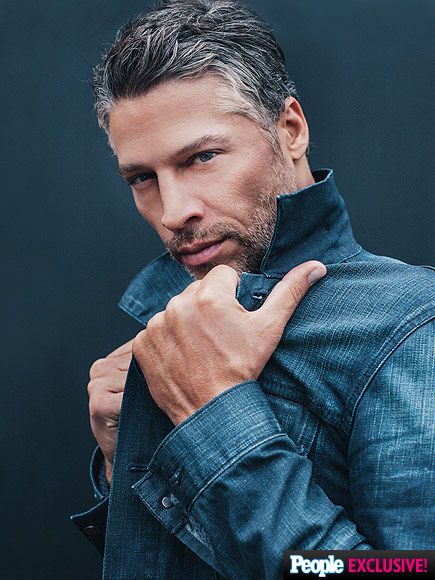 Even though the Portland-born photographer was propelled into the spotlight by his A-list fiancée, it turns out he is no stranger to it. Prior to taking up photography, he worked as a high-end fashion model. He had also hit the pages of Vogue Paris and done advertising for famous companies such as Hugo Boss and Saint Laurent. However, photography isn’t the only career Bryan has tried his hands is. In 2011 also modeled for Harper’s Bazaar Singapore. He appeared on the cover of the magazine alongside supermodel Cindy Crawford.

Dated Hollywood Stars In The Past!

Bryan had dabbled in numerous Hollywood romances before Sandra, just as he had with show business from modeling. He dated Paris St. John, the daughter of Kristoff St. John from The Young and the Restless and boxer Mia. Bryan was described as “kooky, goofy, very amusing, and young at heart by Mia in a 2015 interview with Us Weekly. She also described him as a “free spirit” who “couldn’t care less about money” and who could “live off the land.”

According to PEOPLE, Bryan temporarily pursued acting at L.A. drama school Anthony Meindl’s Actor Workshop. Jenna Dewan and Shailene Woodley are among the screenwriters and former actors who have attended the studio.

Agent Remy Deals With Chaos In “A Man Without A Country!”

The War Begins In “Dialogue With The Mirror!”

Release Delayed, Possible Time Jump! Will The Hosts Return To The Park Next Season?

Turbulent economy makes it difficult for CEOs to plan for the year ahead: Forrester

Shreya - September 3, 2022 0
because of a unpredictable and turbulent economy, leaders will need to approach planning with discipline and precision in the coming months to reduce waste,...

Shreya - August 16, 2022 0
Gabrielle Glaister is poised to return to Coronation Street after two decades away, according to ITV. This time, the Brookside and Blackadder actress...

Shreya - September 4, 2022 0
Viva Vadim is the daughter of Vanessa Vadim, a producer and actress. Viva is a member of a celebrity family as her grandmother...

Ock Joo-hyun would drop her lawsuit against Kim Ho-Young

Shreya - June 26, 2022 0
The ongoing scandal in the South Korean musical twist between Ock Joo-hyun and Kim Ho-young has taken an unexpected, and many hope, definitive turn...

Shreya - November 28, 2022 0
VinFast, the Vietnamese electric vehicle maker, is shipping its first batch of EVs to the US a five-year effort to develop a Southeast Asian...

Lessons to raise $10 million without giving up a board seat • gotechbusiness.com

Shreya - November 28, 2022 0
Henry Shapiro Contributor Henry Shapiro is the co-founder of Reclaim.ai, an intelligent calendar assistant platform used by over 14,000 businesses every day. Prior to founding...